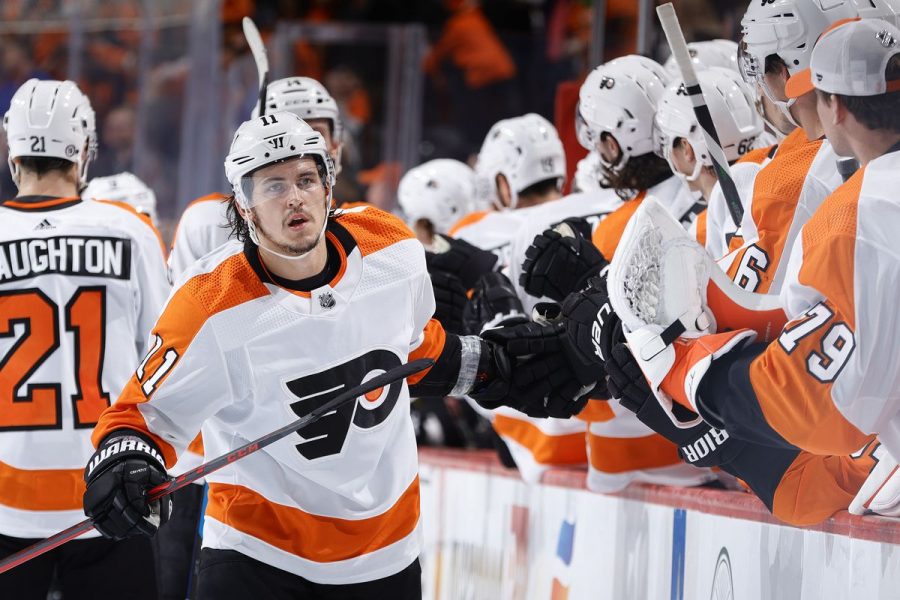 During this offseason, the Flyers have made many announcements and roster changes in preparation for their new season.

This summer the Flyers made multiple big trades and gave away some of their star players. On July 17th, the Flyers traded away Nolan Patrick and Phillipe Myers in order to gain defenseman Ryan Ellis. Ellis has been described as one of the best defenseman in the league and the trade makes sense for the Flyers who are in desperate need of a solid defenseman.

Another previous Flyers star that has been traded away during the off season was Shayne Gostisbehere, who was tradedo the Arizona Coyotes on July 22nd. In return, the Flyers were able to get $4.5 million in cap space relief. While many avid Flyers fans were upset at the news that the 7-year star was moving on, the team was in need to cap space relief to pay off its debts.

Another trade the Flyers fans were upset about was star teammate and player Jake Voracek to the Columbus Blue Jackets. Over the 10 years Voracek played for the Flyers, he became a fan favorite. The team gained winger Cam Atkinson, who is renowned for his playing ability. While fans will miss having Voracek on the team, many now believe the trade and acquisition of Cam Atkinson was a good move.

Along with acquiring new players through trades, the Flyers have also signed big-name players through free agency. On July 28th, the team signed hockey veteran Keith Yandle from the Florida Panthers. They acquired him in free and singed him to a 1-year, $900,000 contract. Yandle is known for having the second longest consecutive game streak, and his past experience working with Flyers’ coach Alain Vigneault was a main factor in choosing his new team.

Towards the end of the offseason, the Flyers started giving contract extensions and resigning former players. The extensions started on August 9th, when goalie Carter Hart was given a 3 year, $11.9 million contract. Though Hart hit a rough patch in his season last year, many people believe he will have a rebound season in 2021. Another Flyer that is staying in Philly is Joel Farabee, who received a 6 year, $30 million contract. In his time with the Flyers, the 21-year old has become the second youngest player to lead the team in goals.

The longest contract extension of the offseason was an 8-year, $62 million extension for forward Sean Couturier. In his 10 seasons with the Flyers, Couturier remains a staple player in the team’s lineup and an influential veteran that the team and fans believe will help lead the Flyers in the coming years.

The Flyers also made a huge acquisition on July 28th, when they signed Keith Yandle to a 1 year contract. Yandle is well known and respected for being a strong offensive defenseman and for his outstanding performance on power plays. In addition to that, he is also known for having the second highest streak of consecutive games in NHL history. While fans are excited about the acquisition, some express concern that Yandle will break his streak in his season with the Flyers.

Flyers fans across the area are excited for the upcoming season. Even though the fans believe that some trades the team has made over the offseason make little sense, they still have hope for the new season to come. The Flyers home opener will be on Friday, October 15th at 7:00pm against the Vancouver Canucks.